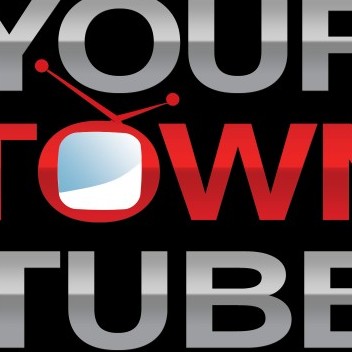 This is the first new entry of our Blog News page launch.

The video we made: More Garden State on Your Plate - Garlic now has almost 1,000 Views in just 14 days! 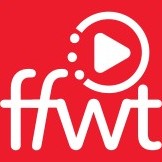 Select the Saute button on the Instant Pot and add 1 tablespoon vegetable oil, onion, and jalapeno, and saute 3-4 minutes. Add garlic and saute 1 more minute. Transfer the onion mixture to a small glass bowl and set aside.

Add the beans, chili powder, cumin, 1 tablespoon oil, and 4 cups water to the pot. Lock the lid into place and press the Bean button. Cook for the default time of 30 minutes. When the timer beeps, quick-release pressure until float valve drops and then unlock lid.

Combine the beans and onion mixture in a bowl and add the rest of the ingredients except tempeh bacon and avocado. Mash the mixture with a potato masher. Form the bean mixture into burger patties.

Add the remaining 1 tablespoon oil to a large skillet over medium-high heat and cook the burgers until browned on both sides, about 2-3 minutes per side.

Top each of the hamburgers with tempeh bacon and avocado slices.

At some point during a tough workout, there's nothing stopping your inner voice from suddenly piping up to say, "You know, you can just stop." Oh. Right.

That's the thing: You can just stop. There isn't a lion chasing you, forcing you to keep going.

Which is exactly why we're huge advocates of a personal trainer or workout buddy. in fact we think having a gym partner is the best thin ever. Anyone can tell you that it's so much easier to push yourself when you have a personal trainer's eyes on you, or if you're competing against a friend.

But what about those times when you either choose to work out alone or your friend bails last minute before your scheduled gym date? It's times like this you need strategies that will encourage you to push yourself to your limit. So try these methods out the next time

Think Smaller
It may be more helpful to chase super small, specific accomplishments. Think: "I'll sprint to that tree," versus "I want to beat my personal best 5K time" . That way, you don't risk feeling (mentally) exhausted before you even start.

Stare Straight Ahead
A study published in the journal Motivation and Emotion reported that participants who narrowly focused their sights on a specific target were able to run faster while feeling less tired. So after telling yourself you'll "sprint to that tree," put your blinders on and stare at only that tree, and you'll be rewarded with a burst of energy and power.

Record Yourself
You may feel a little silly, but training your phone's video camera on yourself while you work out will give you that sense of accountability you're missing out on by not having a trainer or buddy at your side.

Find a Mantra
Then bring it to mind when you're struggling for an extra burst of motivation.

Use the Magic Word
"Later." As in, "I'll slow down—in a minute." Or, "I'll take a water break—a little later." Research in the Journal of Personality and Social Psychology found that people who told themselves they'd give into something sometime in the future (without specifying an actual day or time) found it easier to resist the temptation in the moment. And more often than not, "later" never comes.

Cut Back
If you're really having a hard time sustaining effort, try pushing yourself for a much shorter period of time. We're talking about intervals: Go all-out for one minute, then dial it way, way back for three. Repeat, or try pyramid intervals, which are when you dial up the length of time you spend pushing yourself—one minute, then two minutes, then three—before descending again—three, then two, then one.

Stick to a Program
There are two motivating things about training programs: First, they tell you exactly what to do, eliminating the mid-workout stall you can sometimes fall into, and second, they provide measurable results.

A Dream, a vision, a goal, a desire, these are all things most of us know we need when we are working towards success but have somewhere along the line, forgotten why it is so important we follow them through. They are the first steps to every journey we take and are also our last.

All too often I hear people admitting that they feel like they’re lacking direction. Unsure about themselves, they have little to no idea what they should do with their lives. As crazy as it sounds, they aren’t even sure about what they want, like there’s some mask or mystery that hides their own true wants and needs.

So what can we do about this? How can we become our own source of inspiration and generate happiness that comes from within us?

One of the best ways to do this is to simply tap into our desires, then dream beautiful dreams and set inspiring goals that fulfill our deepest desires. Then of course, we must take action to help make our dreams happen.

*There is a reason why as kids we so love magic and dreams. Stop chasing your dreams and you will forget how it feels to live hopeful and young.

*Through accomplishing your dreams you will come to appreciate the experience of failure and know that failure is just part of success and that it wasn’t really all that bad as it was all worth it in the end.

* Because you are never too old to dream. Age means nothing when we know what we want.

*When you accomplish your dream, you are the first to see it happen. You can share your accomplishments with the rest of the world but you were there in the front row on a single chair to experience the magic that unfolded.

EVERY SUCESS STORY STARTS WITH A DREAM…

So start your dream today, just take five minutes put a timer on and take a piece of paper and pen and list as many dreams you have (big, small, crazy, cheese…. doesn’t matter) they are yours.

Then look at your list and pick ONE dream, you would like to make happen. Now take your time and write in details how to reach that dream.

To increase your chances of taking action, there are 3 things that need to be in place:

1. You need to have desire to do it (your Why)
2. A first step that is simple to do
3. A step by step system that is proven to work and easy to follow

I pound my feet strongly on the ground several times, I take several deep breaths, and I "shake" my body to remove any negative energies.  I do this often before going to work, going into meetings, and at the front door before entering my house after a long day.

People engage in rituals with the intention of achieving a wide set of desired outcomes, from reducing their anxiety to boosting their confidence, alleviating their grief to performing well in a competition –

What will be your new habit/ritual or goal?

The arrival of spring means we're welcoming the rebirth of nature with flowers, rain showers, pastels colors all around us, listening to birds and nature sounds —it’s a promise of a warmer weather, a color symphony and an enchantment, that makes us vibrate.

The renewal of nature after the winter time makes us feel like wanting to do something NEW to peel off the winter gray’s. So how to re- engage with our goals? With the NEW me? Maybe you want to start a cleanse, take up a new activity, eat healthier or even revisit your New Year resolutions, no matter what you pick enjoy it, embrace and own it.

It is a time of splendor and we can only speculate and use our intuition to guide us toward those changes and with those of course comes the unknown, but the unknown is what gives life its depth and gives us the desire to search for meaning in every crumb of the cosmos.

Start your Spring journey now and here by being grateful for something or someone and enjoy your new You! watch this video and get inspired…. Namaste